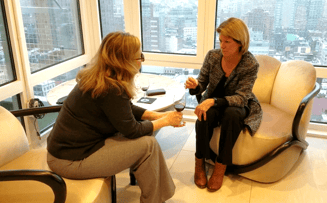 Jan aspired to be the COO. It wasn’t something she had planned on early in her career, but when she got to mid-management, she was put in charge of a major initiative to help fix an operationally deficient business unit. She found she was good at identifying quick wins and quickly making a difference. She began to be recognized for her work and was given more of the same. Her mentor told her she should think about the COO role in her future. She felt honored that he thought of her that way, and the recognition invigorated her to strongly consider that path. Pretty soon, the vision crystallized in her mind, and she began to articulate that, one day, she wanted to be the COO.

This sounds like the beginning of a story with a happy ending. Jan capitalized on recognition, took in the counsel of a mentor, and began to vocalize her aspirations. But there was one thing she didn’t know until it was too late. Jan had the wrong goal. When she became COO, she immediately knew she was in the wrong job. It was not what she anticipated it to be.

This happens more frequently than you might suspect. Career aspirations are positive, motivating forces and can inspire you to achieve great things, but Jan had not done her homework. Before relentlessly pursuing her goal, she needed to understand what the job really entailed. Maybe more information would have helped her determine if COO really was the right role for her.

One of the best ways to learn about a role you aspire to is to interview others in that role. Begin with the person who currently has the role, then others with similar roles outside your company. Ask open-ended questions, such as:

It’s also a good idea to interview CEOs to see what they expect and want from their COOs. Through these interviews, you can create a holistic picture of the role and how you might succeed in it. Once you know what is really involved in the day-to-day of the role, you can decide if those activities will have you excited to get out of bed in the morning.

Doing your homework allows you to understand the job, instead of being excited about the title, the recognition, or the achievement. Then, you can decide if the job you aspire to is the right fit for you – one you will enjoy and one where you will make a difference.

Topics: Leadership, Managing Your Career, Advocating for Yourself