Your Leadership Could Use Some Give 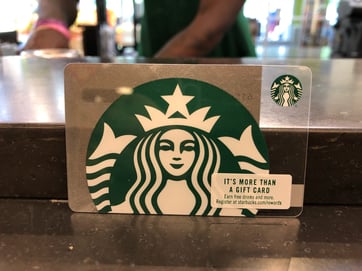 The back of my business card reads: Signature is more than business excellence. It’s leading life intentionally.

I often say that if we lead life intentionally, we will be better business leaders, and likely better managers, colleagues, friends, and family members. Intentionality doesn’t always have to be pre-planned. Often, the most powerful actions we take are the ones we do in the moment.

We’ve all had one of "those" mornings. One day recently, I had to wake up at 3am to shower, pack, and head to the airport for an early flight. But at 3am, there was no hot water at the hotel. Then, there was no expected fax waiting for me at check-out. At the airport, the line to check baggage was long. As I waited, I watched a young man trying to repack his overweight bags. Unable to do so, he paid $100, and you could tell by his face and his sweat, it was a big deal. I had an empty satchel packed in my bag that I would have taken out and given to him to re-balance, but my bag was already on the conveyor and out of reach.

I arrived at my gate and thought “Yes!” There was a Starbucks across the way. I felt better already. That feeling didn’t last long. I ordered my usual – the same thing I order every time I go to Starbucks, which is frequently. It was $1.00 more than normal. “Hmmm,” I thought, “that doesn’t sound right.” I asked the gal behind the counter how it was charged, and I got a bit of an attitude. “That’s the way it rung up, and so it must be right. I don’t set the price.” My cortisol level started to rise, and I hadn’t even had a sip of that coffee yet. I challenged it, but she was not helpful. I was going to ask her to reload my card using a $25.00 Starbucks gift card I had been carrying around in my briefcase, but didn’t dare after that exchange. As I waited for my coffee, I reviewed the receipt. I compared it to the board. She had mis-charged me. It was a difference of $.75, and normally, I would not have said a word. This time I did. The manager was helpful, but not friendly. She re-rang the coffee to refund my few cents, but I didn’t feel any better. Their attitudes stuck with me.

A few steps toward my gate, I took my first sip. The lid was not tight, and the coffee spilled all down my front and into my shoe. “Did they plan this?” (Of course, I knew they didn’t, but I was still ruminating on the attitudes I had encountered.) I went back to Starbucks, grabbed napkins, cleaned myself, and then walked back to clean the airport floor.

As I went to throw away the soiled napkins, I saw that young man that had to pay $100.00 for his bag, standing in the Starbucks line. I pulled out my gift card, and handed it to him. “Here, it looks like you could use this today.” He looked at it and said, “This is more than a card.” He gave me a huge smile. Down went my cortisol level. The day was off to a great start.

When someone plants an act of kindness on us, we know how great it feels. But we often fail to realize how giving away acts of kindness can make us feel.

When you can’t seem to shake that stressful moment from earlier that day or that week, seek an opportunity to make someone else’s day better. You might pick up the phone to let a good friend or family member know you were thinking about them. You might tell your manager how much you have learned from them. Or you might point out the potential in one of your team members, affirming the hard work they have been doing.

Use the “bad” trigger to create a “good” moment. You may find it can change someone’s entire day to a positive, and it will, most certainly, change yours.